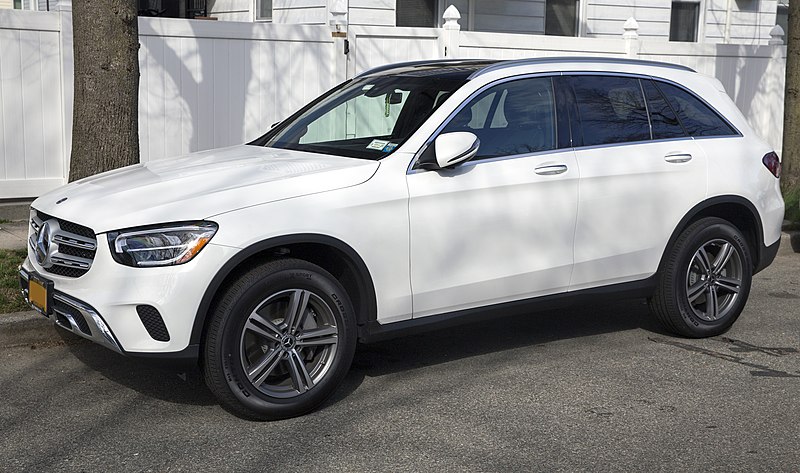 The 2023 Mercedes-Benz GLC was recently spotted in Stuttgart, Germany while supposedly being loaded into a truck without any camo. The images captured do not reveal much but they do give fans like us a preview of what is to come. Today we will tell you what we know so we can all be excited about the new 2023 GLC.

According to Motor1 the GLC appeared to be a near-production prototype with all the final bits and pieces in place. The one seen was silver and experts know it was the new one by the position of the side mirrors as they have been moved slightly lower on the doors rather than sitting at the base of the A-pillars. Similarly, images show that the beltline is no longer flat since it now rises towards the rear of the vehicle and the door handles are lower on the door panel where the upper character line is less intrusive.

Rumored to rival the BMW X3M, the GLC will most likely launch with a 2.0-liter mill, believed to have been sourced from the ‘45’ family, with electrical assistance. The maximum output is rumored to stand at around 650 hp, and the model will have a short zero-emission range.

Besides that, it is hard to tell what major changes are coming with next year’s model. We do anticipate it to be bigger than its predecessor now that Mercedes-Benz is also selling a seven-seat GLB boxy crossover. The two are said to have almost the same length, which means that Mercedes-Benz has decided to make the spiritual successor to the GLK bigger to avoid a potential overlap.

Of course, all of this is based on a couple of spy photos and vague information that Mercedes-Benz has released to the public but it is fun to anticipate what is coming in the near future. Take it as you will but there is no doubt that the new 2023 GLC is coming.