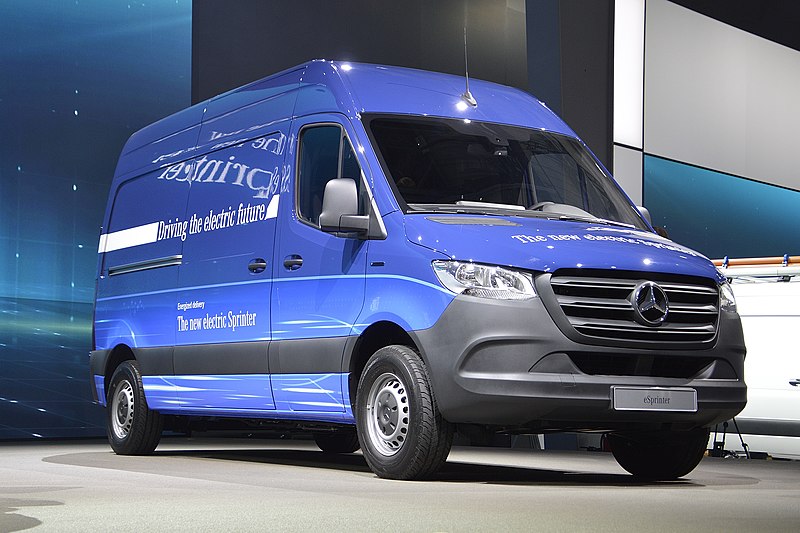 According to a report in Automotive News Mercedes-Benz told Automobilwoche, Automotive News’ German-language counterpart, that they will offer the electric Sprinter in the U.S. as early as 2023. The Sprinter’s platform is reported to be brand new divided into three modules: A front module that holds the high-voltage controller in the space usually occupied by the engine, a rear module that houses the motor and drive axle, and an underbody battery tray module that will provide flexibility in both body sizes and battery capacity. Mercedes-Benz plans to offer three battery sizes, which Automotive News reports as 60kWh, 80kWh, and 120kWh, the latter potentially offering a range in the neighborhood of 200 miles.

If this all sounds too good to be true we understand. But do not be fooled because retail giant, Amazon, has already placed an order for over 1,200 electric Sprinters. This is the largest EV order Mercedes-Benz has ever received. Electric vans are trending and will become the new norm in the U.S. within the next few years.

Mercedes-Benz will have their hands full trying to compete with Ford, who announced that their electric van option will be available even sooner (2022). Which one will find more success here in the U.S. is still yet to be determined but as of right now you can bet on seeing electric vans driving down our highways left and right in the next few years.

For more information on electric vans please feel free to contact us at Midtown Autoworks.