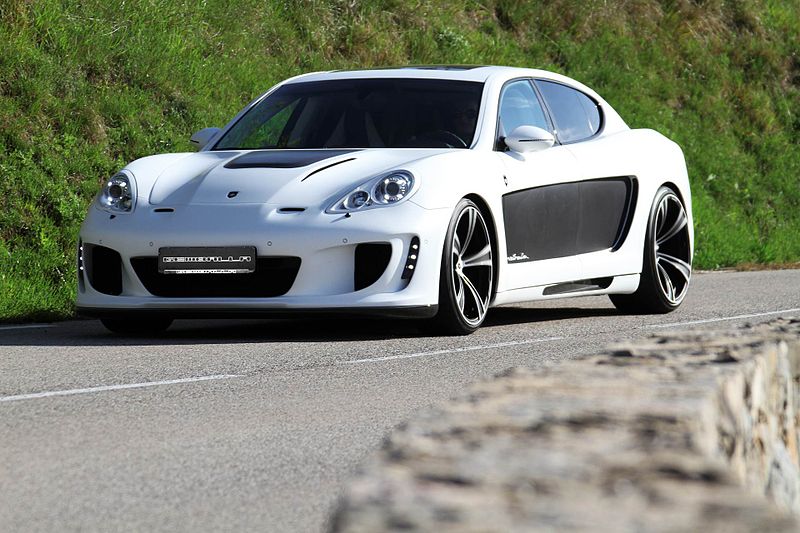 The 911 is arguably Porsche’s most iconic model. Everybody loves the style, swagger, and prestigiousness that comes with it. Because of its popularity, Gemballa has decided to take the 911 and do something completely new with it. Gemballa is a tuning company based in Leonberg, Germany. They provide aftermarket parts mainly for Porsche and are specialists for the customization of various Porsche cars. They are set to officially reveal what they call the Gemballa Avalanche 4×4 later this year.

The Avalanche is essentially an off road 911. Although it only exists in render form right now, it is said to be based on a 911 Turbo and will come with over 800bhp. Gemballa plans to alter every single panel on the car in order to optimize its terrain-tackling abilities. Based on illustrations, the front bumper will be shortened to give the Avalanche better clearance. The front hood will also be redesigned with a carbon fiber finish that will sport various deep air ducts. It will come with new vents in the doors and a set of dual roof scoops.

The rear will feature a completely redesigned diffuser, a larger wing, and all of the safety protection needed that will come in the form of an underbelly skid plate. The Avalanche will come with all-terrain tires and various detachable components seen by the hinges on both bumpers. Gemballa is still currently looking to prepare power outputs of over 1,000 BHP in future models. Production of the Gemballa Avalanche is reported to begin at the end of this year.

This concept might seem far fetched but if Gemballa can pull it off, there is no doubt that it will hit the market by storm. For more information on Porsche cars, stay updated on our monthly blog or visit us at Midtown Autoworks today!